So its been about a month since my last post. I’ve grown bored with Python and development in general, however that does not mean I’ve been unproductive.

The micro controller Arduino has been my new obsession. Namely salvaging old lcd displays, and segment displays, and then getting them to work with Arduino. There is minor programming involved but not nearly as much as before so the small break is nice.

Pictured below is a 2 digit 7 segment display that i salvaged from an old radio shack cordless telephone (cat 43-3880). It came from the phone base, not the handset. It only has 9 pins, pin 2 was never installed and i assume it controls the decimal point seeing as that was the only segment i was unable to light up. Its common anode which are located on pin 5 and 10. 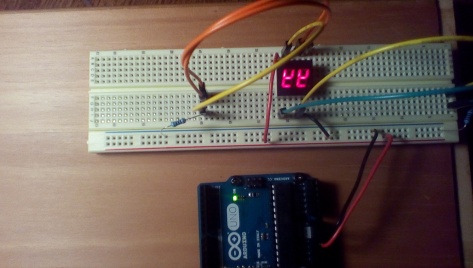